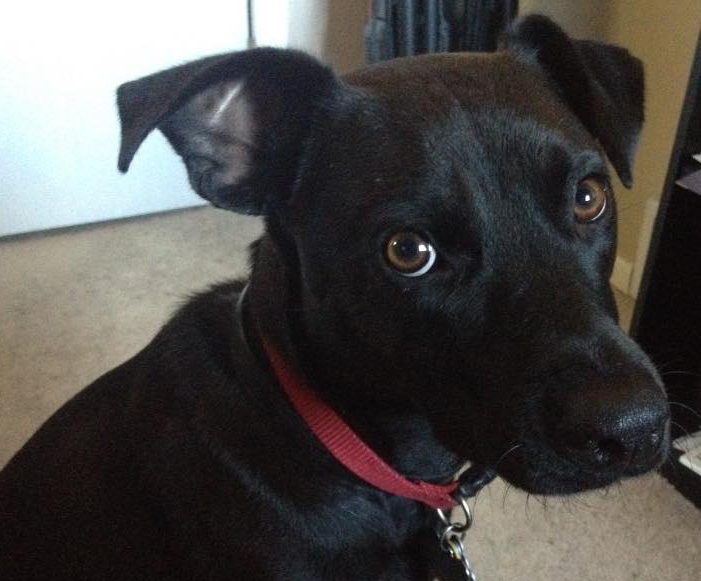 I had been wanting a dog for many years until my husband and I felt we were ready. We had agreed on a big dog that was good with children, ideally a lab. There were no dogs who fit our needs in the main area of the local shelter so when we asked if there were any other dogs, they brought out a darling mid-size black dog who had just come out of quarantine. He was so gentle and loving that we adopted him on the spot. On the ride home he fell asleep on my lap, claiming me as "his human." We named him Bra'tac after a character on the sci-fi series Stargate SG-1. We soon learned that he was not a 6 month old lab as we had been told, but an American Staffordshire Terrier/Australian Cattle Dog mix who was already at least a year old.

I have struggled with depression for many years and Bra'tac has helped me so much; he never leaves my side. Some days when things get tough for me, he will sit at my feet rather on his big comfy bed to reassure me that he's there for me. Some days he actually gets me out of bed, as if to say, "That's enough, Mom! Come play and we can be happy together!"

A few weeks ago, Bra'tac probably saved my life. We were taking an evening walk together when someone started walking in our direction on the sidewalk. I thought nothing of it, but Bra'tac didn't agree. He growled, which is something he never does. After all, he loves everyone! I listened to his instincts and immediately took a different route home. When we got back, he became extra affectionate and protectively sat on my feet later that evening.

He may not be the large dog we had in mind, but he is perfect for our family and I couldn't ask anything more from a four-legged companion. He has saved me from danger, and lifted me up on my darkest days. We saved each other. Thank you, Bra'tac.

Beth
Milwaukee, WI
We want to hear your story! 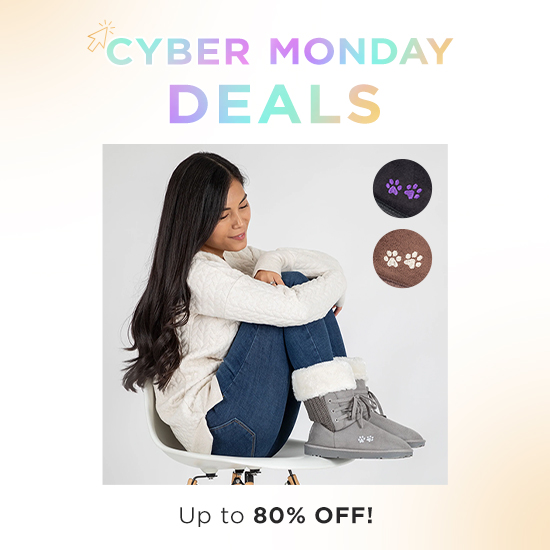 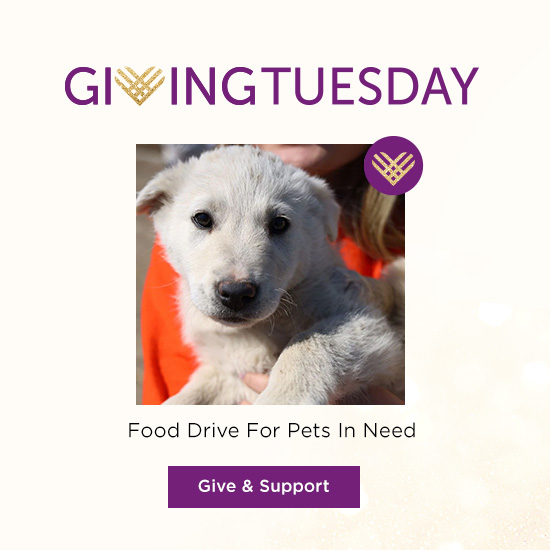 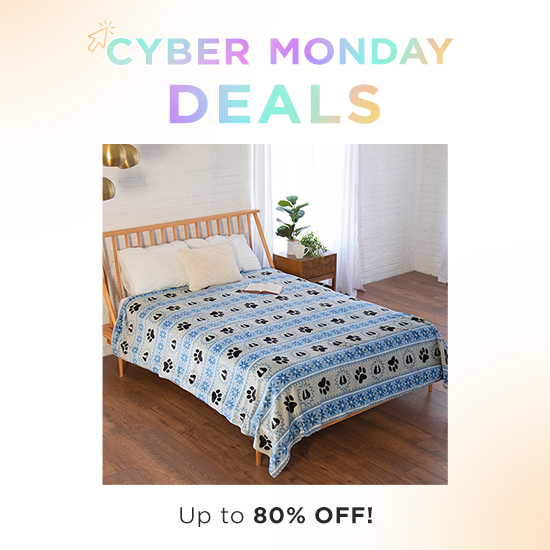