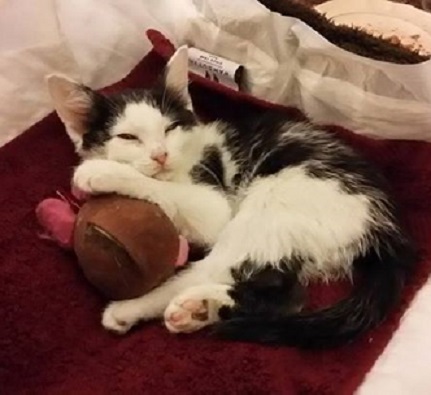 It wasn't long after I got to work one day that a coworker announced that she heard the sounds of a kitten in the bushes. Being that it was a slow afternoon, I decided to go outside to see for myself. Sure enough, there was a tiny little black and white kitten hiding there, screaming for her mother, who was nowhere in sight. I decided to try to help her and dug through the bushes. After 15 minutes or so of chasing her around, she let me get close enough to grab her. I brought her inside, where my manager found a large box and a bowl of water for her, and I set her inside to be safe while I called my father to come take her home.

He took her home and gave her a bath and a can of wet food, which she gobbled, then fell asleep so hard that we feared she wouldn't survive the night. The next day we took her to see our vet, who judged her to be around 9 weeks old, but severely malnourished and dehydrated with the tip of her tongue burned from licking hot concrete, and she also had a tapeworm. She didn't have an issue with taking her medicines, as if she knew they would make her better. We gave her the name Rowena. A few weeks later we found out she had eaten some plastic while homeless, which required surgery to remove.

Now a year old, she is in amazing health and the staff at our vet clinic call her a miracle cat. She has helped us rescue other homeless kittens by being a foster mother for them. She is such a sweet cat who purrs so hard anytime she cuddles with us or her adopted babies.

Mallory White
Corinth, TX
We want to hear your story! 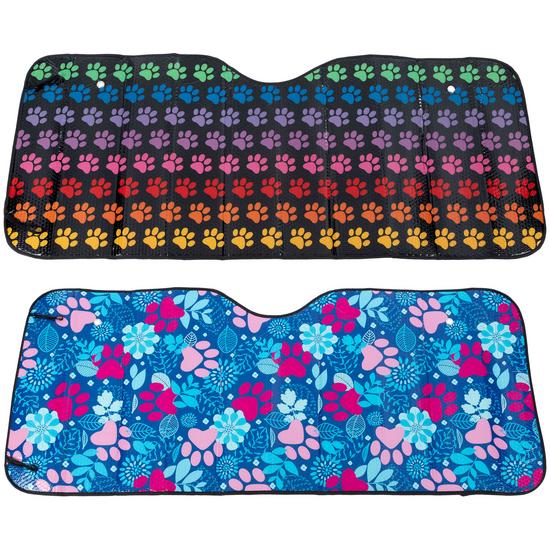 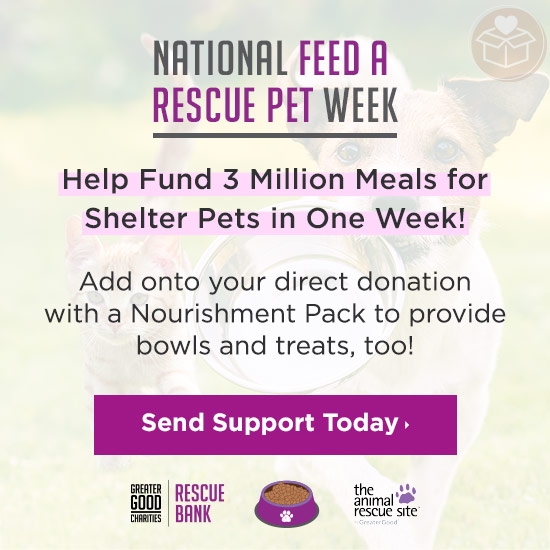 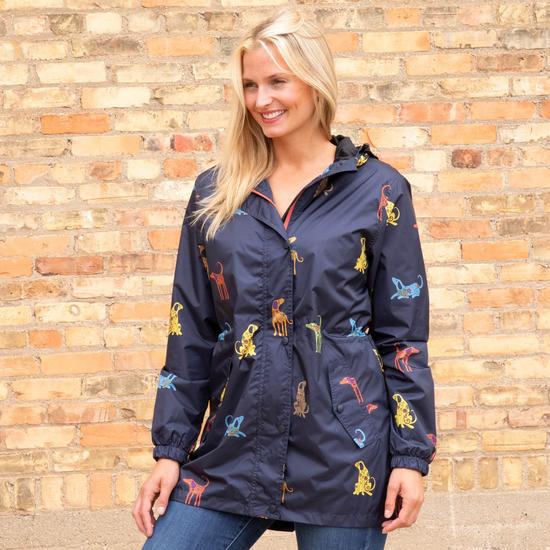