You have already signed this campaign

Consider contributing to ensure more people learn about this issue:

Help us reach our goal

By contributing today you’ll share this petition with activists like yourself! Just $3 ensures 100 other people will see this petition via highly targeted online ads. Every $30 ensures it will be seen by 1,000. Together we can reach new supporters!

$3 ensures that 100 other people will see this petition.

No thanks, take me to sharing options.

Don't let history repeat itself! The Sochi dog massacre was wrong: Russia must humanely house strays for the World Cup.

Tell the Russian government to enforce the order to create "temporary shelters" to humanely and responsibly house, feed, and care for stray animals during World Cup 2018. The strays need to be neutered and released after the event. Sterilization is the answer to overpopulation of strays - not mass killing.

Over 2 million stray animals are currently roaming the streets of Russia. These innocent dogs do not deserve to die. This year between June and July, the World Cup will take place in eleven regions around the country with an influx of one million visitors. Even though Russia vowed to never repeat what happened in Sochi, cities are contracting 'dog hunters' to kill the strays. [1]

A horror scene occurred just four years ago, when Sochi hosted the 2014 Winter Olympics. Stray dogs were killed with poison darts and other inhumane methods. People found the poisoned dogs on the street crying out in pain. Once the dog was shot with the poison dart, it would take fifteen agonizing minutes to die. History is about to repeat itself, unless something changes. [1]

Deputy Prime Minister Vitaly Mutko ordered the creation of temporary shelters for the strays, but saying and actually doing are two different things. Officials need to enforce this order, and demand that the host cities allocate money for creating and maintaining these shelters. The money cities pay dog hunters to "resolve" the stray problem must instead go to helping, not killing, these stray dogs. [2]

No animal deserves to suffer, and the brutal killing of Russia's stray dogs will not provide a long-term solution to host cities' needs. After the massacre in Sochi, visitors may even choose to boycott these events entirely. Russia can clean up its image, increase tourism, and reduce the stray population by implementing a humane sheltering and TNR program.[2] 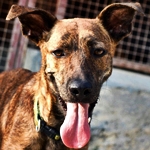 You can do more to rescue World Cup dogs!

We don't know what the Russian government is going to do to help these dogs; the Sochi massacre was a terrible and preventable disaster. What we can do is pull strays from these 11 target cities, and save them directly! This effort requires shelter space, food, and care - and ultimately, adoption.

Sochi made a epic mistake and culled thousands of dogs in 2014. Poison darts were used that caused the dogs to suffer immensely before dying a slow death. This mistake portrayed the country as inhumane murderers of innocent animals. Stop history from repeating itself!

An order was made to create temporary shelters in each region affected by the upcoming World Cup. The city governments need to be overseen and forced to allocate funds for the shelters to humanely house, feed, and care for stray dogs. The money allocated to pay dog hunters needs to be used instead for sterilization and temporary shelter.

To avoid this problem in the future, stray dogs need to be spayed or neutered at the shelter before they are released. The cities need to work with local animal rescue groups to help adopt some of the dogs into loving homes. Killing is not the answer!

Show the world that Russia has compassion for animals and wants to care for their stray dogs in a humane way. Saying and doing are two different things. Please do both for the welfare of all stray dogs in your country.

Your swift action is appreciated!

That's 25,835 signatures! Let's keep the ball rolling.
Tell your friends and family to join the cause: